My previous pc was from 2007, and was getting a bit old, even with upgrades (SSD, new GPU and additional memory). When the first passive NVIDIA GTX 750 Ti arrived, I decided it was time to upgrade. See below for parts list and my comments. 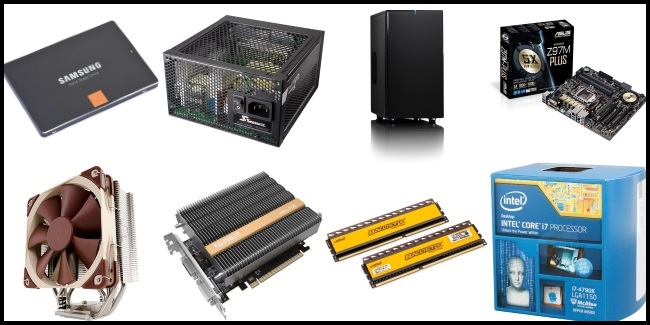 Comments on the build

Overall, I am very happy with the build and the noise level. The only time I hear it is before the BIOS is loaded and the fans are running at 100% RPM, and even then it is almost inaudible.